Title: 77-78 Eldorado antenna relay
Post by: jeffs7 on September 15, 2014, 01:25:44 PM
Antenna works with an aux power supply.
Dash switch is fed with radio and antenna power.
Dash switch sends power via 2 separate wires for up & down.
Relay will only allow antenna to go down.

Does anyone have a step by step diagnostic check for the relay?
I have a multimeter.

Everything ohms out well in all positions yet when the up is selected on the dash switch, I can't see why or figure out why it isn't sending the power out.
I've grounded the ground via sep line, contacts ohm, coil ohms well too.
Title: Re: 77-78 Eldorado antenna relay
Post by: R Schroeder on September 15, 2014, 02:58:47 PM
Don't know if any of this will help you.
When my switch is in the UP position, the antenna  is controlled by the radio, ON OFF knob.
Could be that your antenna is not in sink. ( see note ) It has not reset the switch inside.
That would be my guess.  78 book doesn't seem to cover the antenna to much. I'll snoop around in the 77 book.
Roy

Click on JPG below picture to make it bigger. 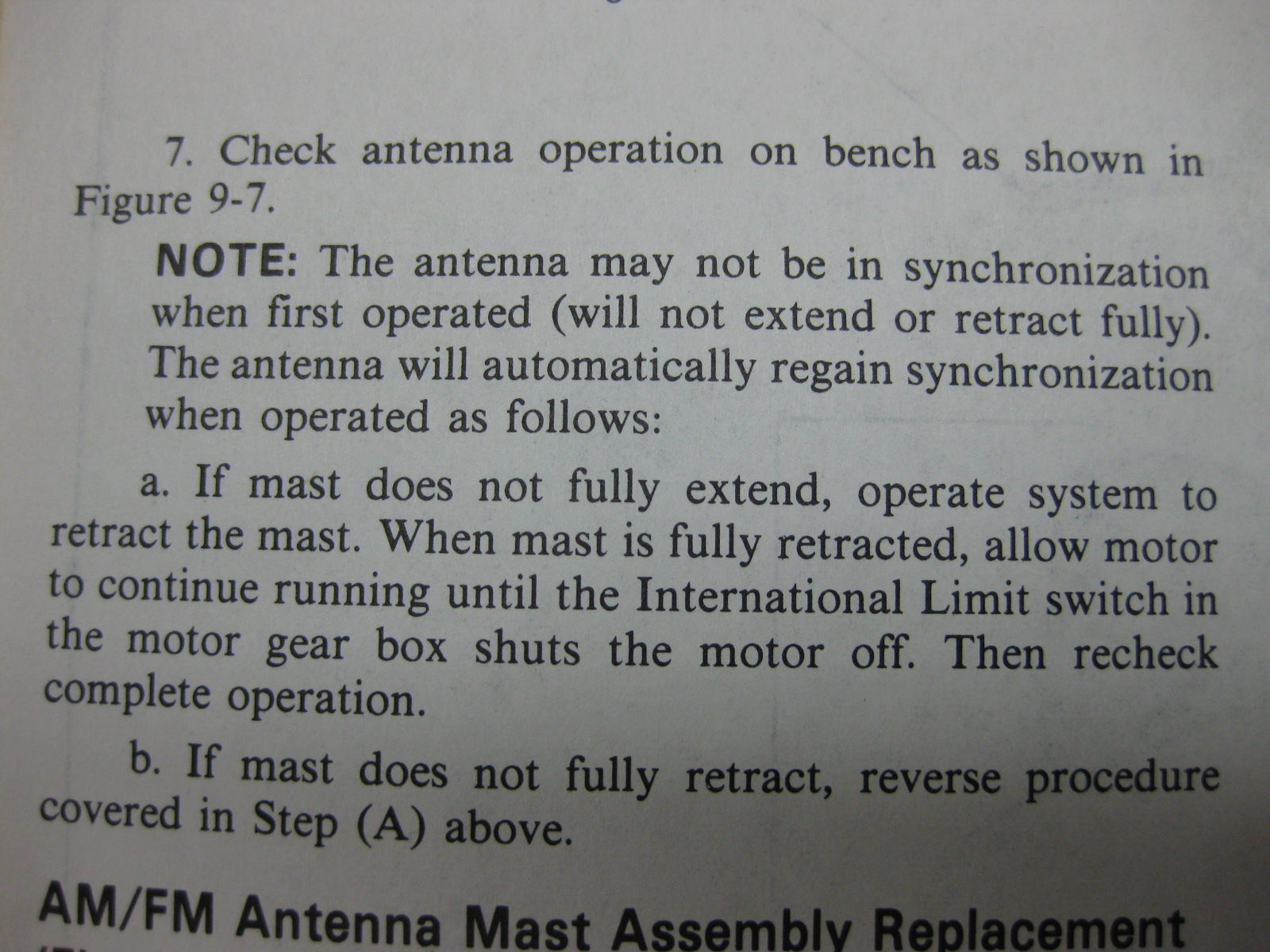 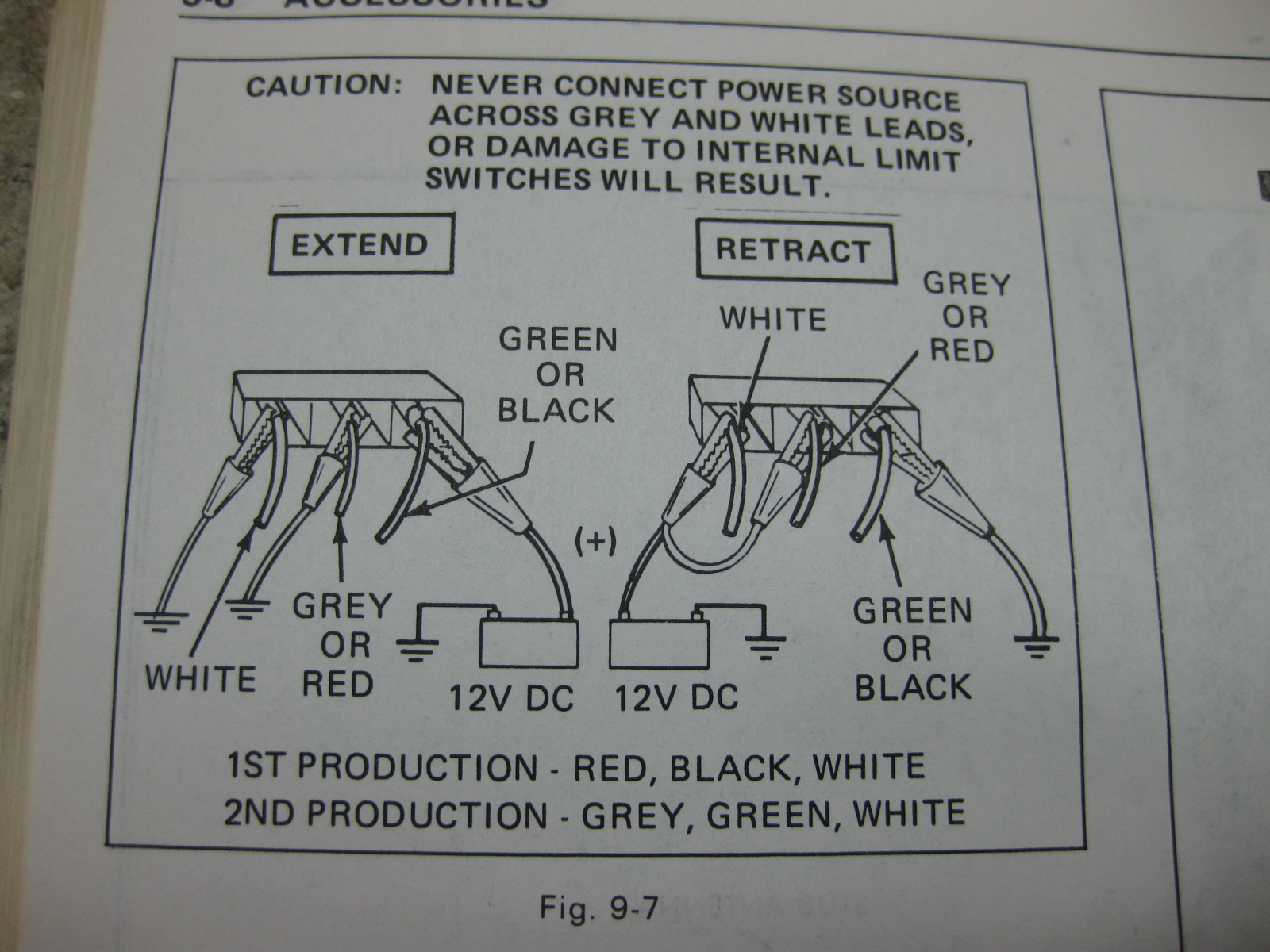 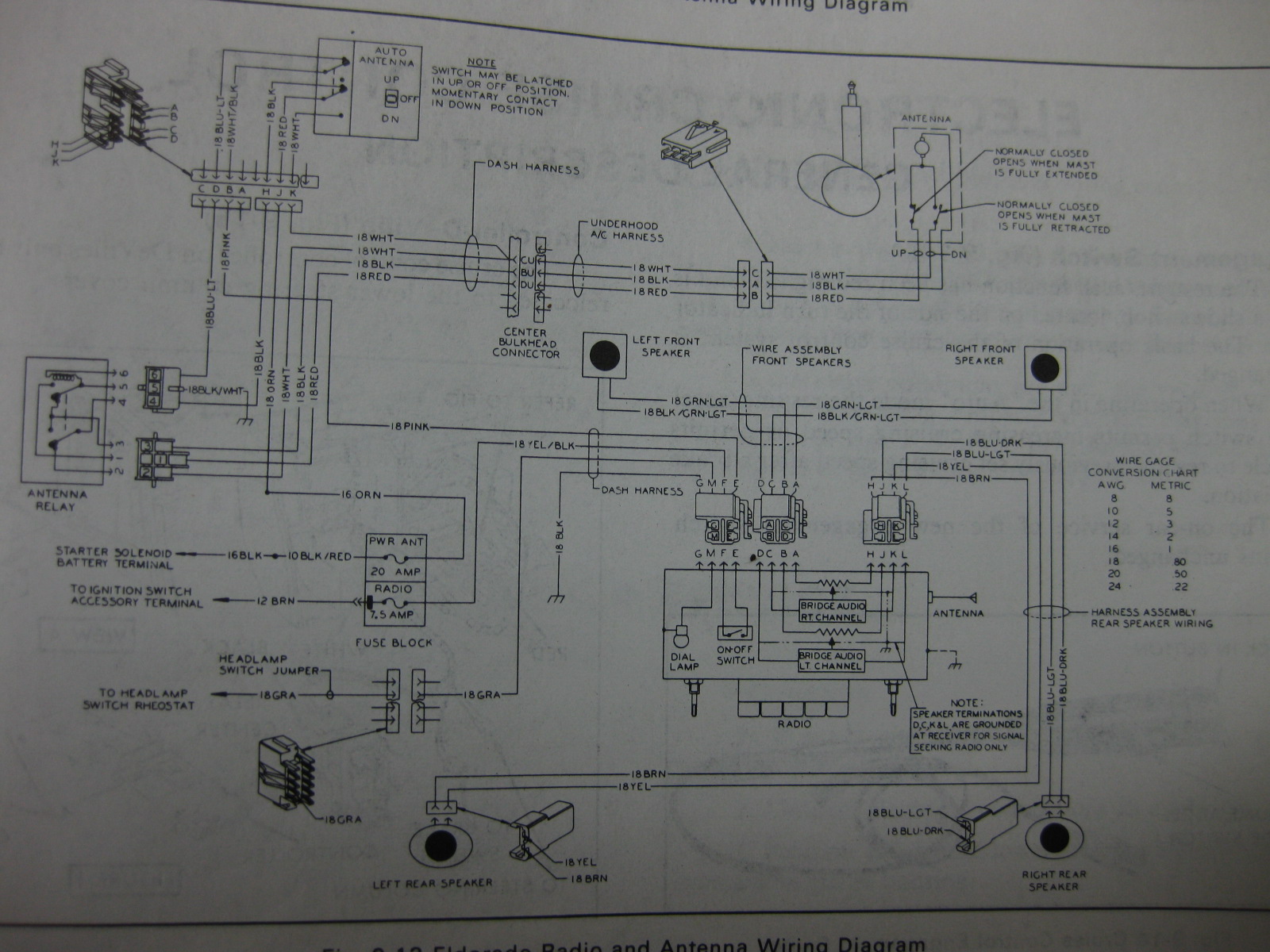 He's the authority and he can explain if you have a bad relay.

Tim
Text only | Text with Images